The most frequent question I am asked is, “Do you draw for the New Yorker?” to which I reply, “Yes. In fact I’ve drawn three covers for them … although they’ve never had the good sense to buy any of my work.” 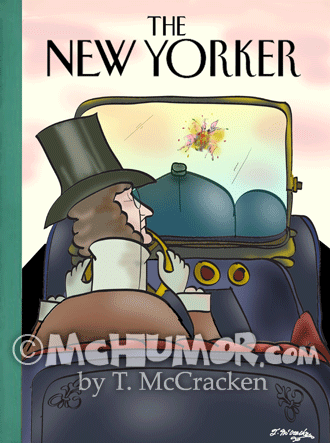 Two of the covers I drew appeared on their web site, but it really wasn’t a big deal. I entered them in the 2011 & 2012 Eustace Tilley Book-Bag Contest and anyone who bothered to upload an image had something appear on their web site. 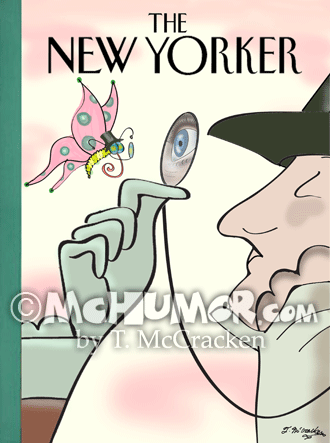 The first New Yorker cover I drew in 1984 just for fun. It, like my other covers, hangs in my bathroom. 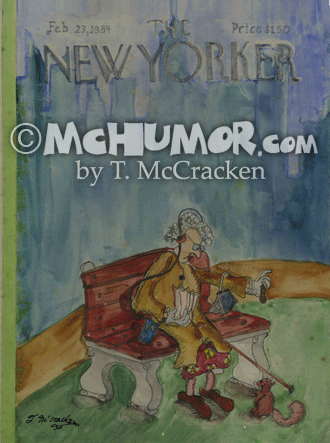 I even uploaded something to the 2011 Eustace Tilley Book-Bag Contest that my nephew, Alex Charles Herlofsen, drew when he was five . It's titled, "Wulture by Alex, Butterfly by Crazy Eccentric Aunty T-." I'm hoping he'll take over my cartooning business someday and now he can honestly say he had something in the New Yorker ... or at any rate, something on their web site. 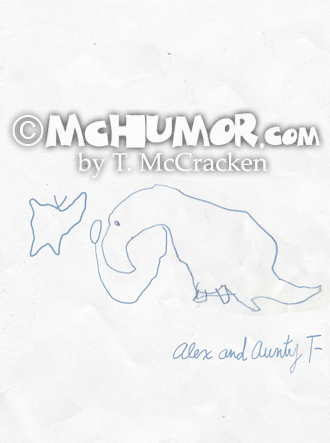 My Blog Post About Submitting to the New Yorker 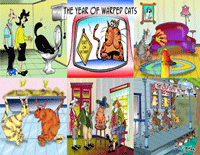 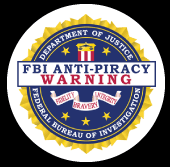